Trigger warning: the following scene features a car accident in the form of a flashback/nightmare. If such an event is traumatic for you to read about, please skip this installment. Please take care of yourself. 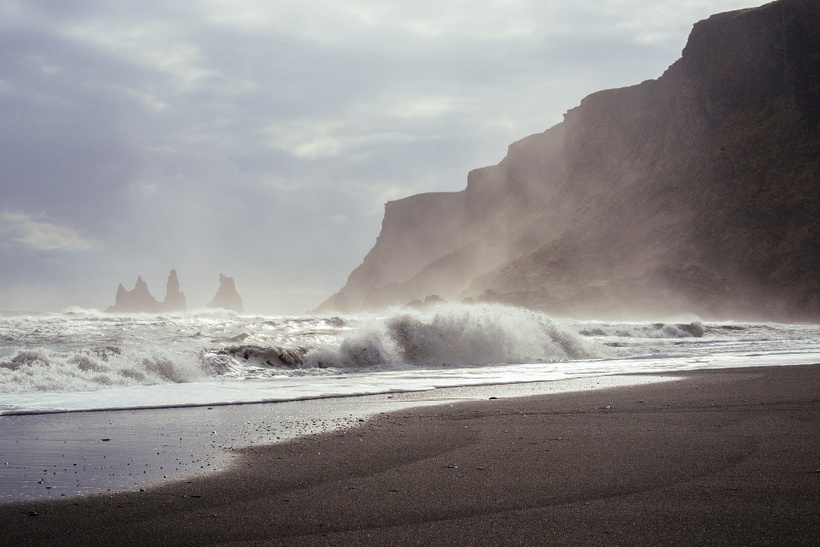 They stayed at the beach until the sky turned pink and purple as the sun set. All the families and other groups of friends had left, and there was no one else around for miles. Callie and Becca sat back to back on the beach blanket. Ramsay sat in the folding chair beside them with his legs stretched out and his feet in the sand. Ramsay and Becca had pink cheeks and noses from failing to reapply their sunscreen. Callie had sore ribs from laughing all day.

“We need to head back,” Becca said.

Becca scrunched up her nose at him. “That’s what you said an hour ago. I have class in the morning, Ram.”

Becca scoffed and leaned over to punch his arm. Callie laughed. Becca had been training to become a makeup artist for three months. She loved every second of it and had thrown herself headfirst into her studies with surprising tenacity. She’d coasted through high school, where she and her brother had been much more concerned about socializing than studying.

“Not enough schooling in the world to help with you face,” Becca countered.

“Well, not identical.” Becca laughed. “That doesn’t make it any less true.”

Ramsay leaned over to shove his sister’s shoulder. The sun had even burned his scalp. “I’ll drive, okay? We’ll be back before you turn into a pumpkin, promise.”

“Why, because I drive like a grandma?” Callie asked.

They shook the sand out of the blanket, folded up the chair, grabbed the cooler, and trekked back to Ramsay’s SUV. Callie offered to drive but Ramsay declined. Becca sat beside her brother in the passenger seat and Callie climbed into the back. Right before he started the engine, Ramsay’s phone pinged. He checked it.

Becca huffed but said nothing. They turned out of the parking lot and onto the main road. Ramsay fiddled with the radio. Becca pushed his hand away and tuned the signal to NPR. The host droned on about unrest in the Middle East, some report that Callie only half listened to.

If she’d known what was going to happen, she would have paid even less attention, would have focused more on the light in Becca’s blue eyes, the curve of her mouth as she smiled. On her freckles. On the friendship bracelet on her wrist, which Callie had the other half of.

But the tragedy of life is never knowing what comes next, never realizing whether it’s more important to focus on a moment and hold tight to it forever, or whether another will replace it and render it inconsequential.

One minute, the sky was overcast and Ramsay had no trouble driving. The next, the sky opened up, rain flooded the roads, and Ramsay muttered a stream of curses. He had a white-knuckled grip on the wheel, but he still smiled at Callie in the rearview mirror. She always made faces at him when he drove. He hadn’t done anything wrong yet, but she was bracing herself for the inevitable. Later, the memory of the faces she’d pulled would wrack her with even more guilt.

Ramsay rolled his eyes. On the radio, NPR dissolved into broken static. Becca reached for the dial, but Ramsay swatted her hand away. “Uh-uh, you chose last time. Now it’s my–“

Callie wasn’t sure the scream was hers until Ramsay’s eyes widened in the mirror, illuminated by the flash of headlights in the other lane. They’d traveled over the line into oncoming traffic, close enough to see the terrified faces of the people in the other car. Ramsay jerked the wheel to the right and overcompensated. The car screeched, tilted, Becca gasped–

And Callie’s world flipped with the car. The front airbags exploded in clouds of white. The screech of metal on pavement, blaring horns, and tinkle of shattering glass overwhelmed her hearing, and she squeezed her eyes shut against the sensory onslaught.

If only Callie had driven instead.

If only it hadn’t rained.

If only they’d left earlier, as had been the plan.

If only one of those factors had been different, Callie wouldn’t have blacked out upside-down in the backseat, slammed forward in her seatbelt so hard she cracked a rib.

She woke to the acrid stench of gasoline and motor oil, the sounds of sobbing and sirens, and the copper taste of blood, thick and heavy on her tongue.

Callie tried to move but the seatbelt kept her pinned in place and her ribs protested the effort. Sharp pain flared up her side and spread across her chest. The engine pinged–the car assumed a door had been left open—and intermittent flashes of red light gave the cab an eerie heartbeat—

Thunder ripped Callie out of the nightmare. She sat bolt upright, clutching the sheets to her chest, face slick with sweat. It trickled down her face and mingled with her tears. Though the nightmare was familiar, it was no less frightening. Almost every night, she relived the accident. Snatches of conversation in the aftermath swirled inside her head: Dead on impact. Likely didn’t feel a thing. So young, it’s such a shame… closed casket. Poor Ramsay. They say it’s worse for twins.

In the present, Callie stifled a sob with a hand against her mouth. She didn’t want to wake Ramsay again. It wasn’t the first time she’d had the nightmare while he slept over, and it wouldn’t be the last. He had nightmares too, and they had to be much worse. He’d been awake for all of it.

He’d seen her head come off.