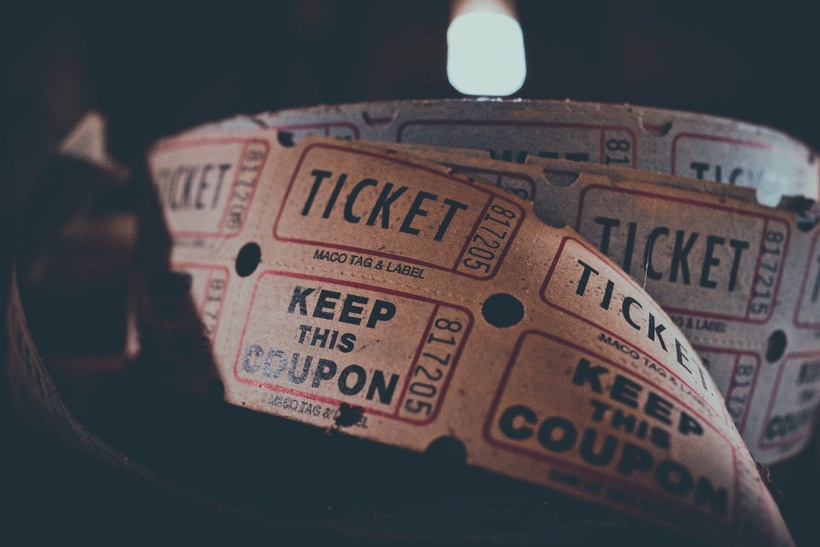 The summer air smelled like fried food, cigarettes, and booze. Callie took a deep breath. If she focused, she’d catch a whiff of salty sea, pretend she was at the beach bonfire with the rest of her friends—instead of a weird traveling carnival with Ramsay.

Callie had never been a carnival person. It felt like the grease from the food always ended up on her skin and the cigarette smoke always clung to her hair, even for days afterward. She did like cotton candy, though last year when she’d tried to eat some—at another carnival with Ramsay—its cloying sweetness clogged her throat until it finally dissolved. Afterward, she’d felt like throwing up. Maybe she’d outgrown the treat.

What she hadn’t outgrown, somehow, was Ramsay. He kept dragging her to things, and she kept going. That had to mean something, right?

She stared at the back of his head in front of her, noting how the breeze tousled the red strands that had grown too long. Callie frowned, willing him to turn around.

He must have felt her frustration, because he did turn then, and he looked right at her, brown eyes bright with unexplained glee. “Why the long face, babe?”

“We’ve been waiting in line for hours,” she said. “You told me nobody would be here.”

“Chill, all right? The lines at Sephora are longer. Go home if you want to.”

Callie made a face. “You were the one who  wanted to go to Sephora. Besides, I can’t leave you here alone. Who knows what kind of trouble you’ll get into?”

Ramsay raised an eyebrow, but he had no rebuttal. At last, the line was moving up, so he had to turn around.

As they stepped forward, Callie’s eyes fell on the telephone pole to her right, littered with MISSING posters. Neap Bay had had more than its fair share of trouble lately, with anyone remotely close to Callie and Ramsay’s age vanishing without a trace. She hated to admit it, but she’d almost gotten used to seeing the posters everywhere. She hardly noticed them anymore.

But this one caught her attention. The woman in the photo—Teresa Cruz, according to the poster—had graduated from high school the same year as Callie and Ramsay. She was twenty-two, with bleached-blonde hair and dark roots, brown eyes, and a bright smile. If Callie remembered correctly, they’d taken some classes together.

Teresa was a quiet, deeply religious girl. Unlike some of the others who had gone missing, she didn’t seem to have a criminal past, didn’t run with a bad crowd. Of course, that all could have changed in the years since Callie last saw her, but somehow, she doubted it.

So why was she missing?

“Earth to Callie,” Ramsay said. She snapped out of her reverie, realizing her inattention had created a gap in the line. Ramsay had moved all the way up without her and was staring at her expectantly. She offered him a sheepish look and scooted up beside him.

They’d finally reached the ticket booth. The attendant took their money and slid their tickets out from under the window. Callie pocketed the change and examined the ticket carefully: STARLIGHT CARNIVAL. ADMIT ONE. NO REENTRY PERMITTED.

Weird for a fair called Starlight Carnival to open during the daytime, but then again, it was almost sunset. It felt like they’d been waiting in line the whole day, but a quick glance at Callie’s phone confirmed it had only been an hour. A pang of guilt nagged her. Maybe she shouldn’t have been so impatient. She’d tried to keep complaining to a minimum this summer—Ramsay said no one would date her because her attitude sucked, and she hated to think he was right.

Ramsay led her through the crowd and past the turnstiles, which clicked loudly as Callie pushed through them. On the other side, at the front of the carnival, two gilded posts marked the entrance. An enormous blue banner stretched between them, with gold letters that screamed STARLIGHT CARNIVAL: A GALAXY OF DELIGHTS AWAIT YOU, and stars embroidered all around. Callie sincerely doubted the fair held a planet’s worth of attractions, let alone a galaxy, but she digressed—or she would, anyway, once she got some food in her.

As though reading her mind, Ramsay jerked his head in the direction of a food stall. “You want to get something to eat?”

Callie’s stomach growled, but more than a dozen people stood in line in front of them. She sighed. “Maybe we can find another one. I’m not too eager to get back in a line right now, you know?”

The buzz and chatter of people all around them made it difficult to hear herself think. Even Ramsay, who wasn’t a quiet talker, had to raise his voice to respond. “You want to get on a ride or something then?”

His eyes held a mischievous spark she recognized. Callie crossed her arms. “Tell me why we’re here.”

“What do you mean?” he said. “I told you, I wanted to do something different.”

“We never do anything different, Ram. And, up until two days ago, you wanted to go to the bonfire with Declan and everyone else. You called me up on my one evening off and dragged me out to this shithole. I waited in line for an hour. Could you at least tell me the truth?”

Ramsay frowned. “Entitled, much? I thought we were best friends.”

“We are, okay?” She softened a little. He was right, she needed to reign in her attitude. “But… I was really looking forward to the bonfire. Lola was going to be there. And since Declan’s single now, I assumed you’d be down for that, too.”

A smile tugged at the corners of his mouth. “Didn’t know you had a thing for Lola.”

“Can’t believe Callie Danoff would go against type. She must be something special.”

Callie couldn’t help smiling, too. “Is that a ‘no comment’ on Declan?”

Ramsay hesitated, and then he relented. “Okay, I’ll tell you why we’re here. You promise me you won’t get mad?”